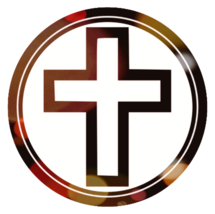 We purpose to love all we encounter into the Kingdom

Maintain and empower them for Kingdom work

Release them to Kingdom building

In 1928 Elder Edward Jones, and his wife, Sis. Ada Jones, moved from Indianapolis to Fort Wayne, as they were sent by District Elder (Bishop) Oscar Sanders of Muncie, to champion the Apostolic cause in Fort Wayne. At that time Bishop G.T. Haywood was serving as Presiding Bishop of the Pentecostal Assemblies of the World, Inc. The church's humble beginnings were led by the Joneses and they met in homes having prayer and holding on to the faith to do an even greater work. In preparation for greater things they rented a building on the corner of Hayden and Chute streets, however, in the Spring, just a few days before the official installation service of Elder and Sister Jones as Pastor and First Lady, Elder Edward Jones tragically lost his life in a fall while working on the Lincoln National Bank building. Elder Jones' death was a tough blow to the ministry, but the work continued steadfastly as Elder Weekly, also of Indianapolis, continued the house to house prayer meetings along with Mom Luella Kelly and Sister Mayhorn until Elder Weekly returned to Indianapolis.

In 1932 Dist. Eld. Oscar Sanders again sent a couple to spur on the work of the Apostolic faith in Fort Wayne. This time he sent Eld. Luther and Sister Cecelia Gray. Eld. and Sis. Gray rented a building at 1337 Hayden St. and their first service was held on July 4th. In that meeting Henry W. Jones was baptized in Jesus' name (our first baptism) and received the baptism of the Holy Spirit with the evidence of speaking in tongues. The following Sunday his wife, Sis. Helen Jones, was convicted in her heart, she was baptized in Jesus' name and received the gift of the Holy Spirit too.  These were the first two baptized converts of this ministry, little did they know that God had positioned them to play an even larger role in the history of the Apostolic faith in our area.

The original congregation consisted of eight members and began to grow quickly.  Later that same year the church moved to 1412 S. Hanna St. where membership continued to increase.  It became apparent that they needed another building, hence, in the Spring of 1933 the church purchased the property at 1350 Hayden Street.  The church would remain at that location for the next sixteen years.

In the next year, 1934, Brother Henry Jones was called into the ministry.  Under the tutelage of Elder Gray, he grew in the faith and was appointed as the first assistant pastor.  For the next nine years, God was preparing Elder Jones in the pastoral duties under the auspicious guidance and leadership of Elder Gray.  In March o f1943 Pastor Gray became ill and was unable to perform his sacred duties, without delay Elder Jones began to function as the pastor.

Elder Luther W. Gray died January 10, 1944.  Elder Henry W. Jones and Sister Helen Jones were then installed as the new pastor and first lady of Christ Temple.  The church grew and flourished, as such, Elder Jones noted the need for a new sanctuary.  The land at 1327 Winter Street was donated by the Selbys, the owners of the Selby Grocery Store who additionally made a large financial contribution.  The congregation worked and helped in the financing of a new edifice.  Construction of the new building began October 8, 1949 and was completed within one year.  The church was dedicated on October 7, 1950.  Bishop Karl F. Smith, the president of Aenon Bible College of Columbus, OH, officiated the dedication service.  The newly completed church edifice cost Christ Temple more than $120,000.  The church was the first in the ABSA (4th Episcopal District of the Pentecostal Assemblies of the World) to have an air-conditioned sanctuary and to use glass doors in the vestibule entrance.  Closely following the completion of this building project, Elder Henry Jones was promoted to the office of District Elder.

After the death of Sister Helen Jones, Dist. Eld. Henry Jones married Sis. Inez Woods.  In 1987, after serving for forty-three years as pastor, Dist. Eld. Jones stepped down and retained the honorable title of "pastor emeritus" until his death in August of 1996.  In the retirement celebration services for Dist. Eld. Jones, Elder E.C. Haywood was installed as senior pastor, and his wife Julia Haywood became the first lady.

During the next twenty-six years of pastoral leadership, Elder Haywood was elevated to the office of District Elder, and again to the office of Suffragan Bishop.  Under his leadership, Christ Temple has grown and flourished both numerically and spiritually.  More than ten other Apostolic Churches have been birthed out of Christ Temple and numerous phenomenal preachers have been produced and sent out into the Lord's vineyard.  Christ Temple, under Suff. Bishop Haywood'swatch, erected the Memorial Park Estates independent living facility for seniors.

After the passing of the beloved First Lady Julia Haywood, Sufg. Bishop Haywood was blessed by the hand of God again as he married Prophet Brenda Hood.

In June of 2010, under the leadership of Sufg. Bishop E.C. and Prophet Brenda Haywood, Christ Temple bought the building of the former Grace Lutheran Church at 2940 S. Anthony Blvd.  Upon moving in, for the first service in July, we officially became Greater Christ Temple!

On Sunday, January 26, 2014 Suffragan Bishop Haywood laid hands upon his youngest son, District Elder Mark A. Haywood along with his wife Lady Krishana Haywood, and installed him as the new senior pastor of Greater Christ Temple Apostolic Church.

District Elder Mark Haywood has made many advancements in the ministry of Greater Christ Temple, adding live streaming of worship services, a website (GreaterCTC.org), Twitter page, Instagram account, and a YouTube channel with weekly updates.  Dist. Elder Haywood reinstated Ministerial Development and instituted an annual church anniversary celebration.  Many souls have been saved under his leadership and we shall continue to magnify the LORD!​ 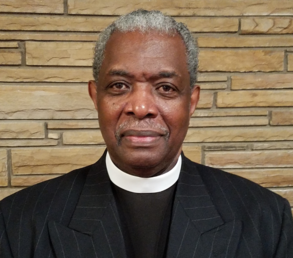 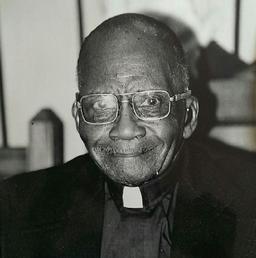 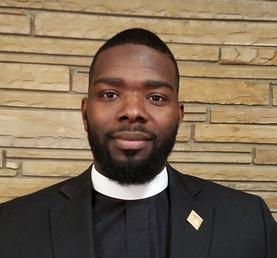 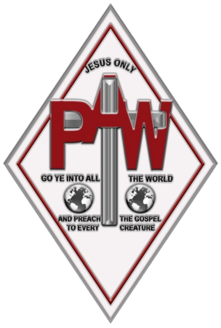